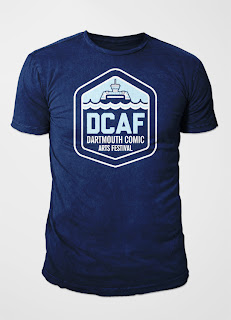 If all goes according to plan, this August 19th will see the launch of
DCAF—the first (hopefully) annual Dartmouth Comic Arts Festival. The
idea for this event is similar to the Toronto Comic Arts Festival
(TCAF) and the Maine Comic Arts Festival (MeCAF), in that it will be
something of a cross between a smaller-sized comic convention and a


The location is the Alderney Landing Cultural Centre on the Dartmouth

side of the harbour, home to the Alderney Farmers Market, the Craig

Gallery, and the Alderney Theatre. It’s basically where the ferry from

Halifax drops everyone off every half hour or so, and it’s connected

to the Alderney Gate Library.

We’ll be promoting the heck out of this event at Strange Adventures, and

Hopefully participants will do the same via their own social media outlets!

volunteering your time to help make it happen, email Cal

involved. Even if you just have some ideas on how to make DCAF happen,

or make it better, we’d love to hear from you.

Thanks, and we hope to see all of you there!

It's the first-ever Dartmouth Comic Arts Festival!
Posted by Calum Johnston at 7:37 PM